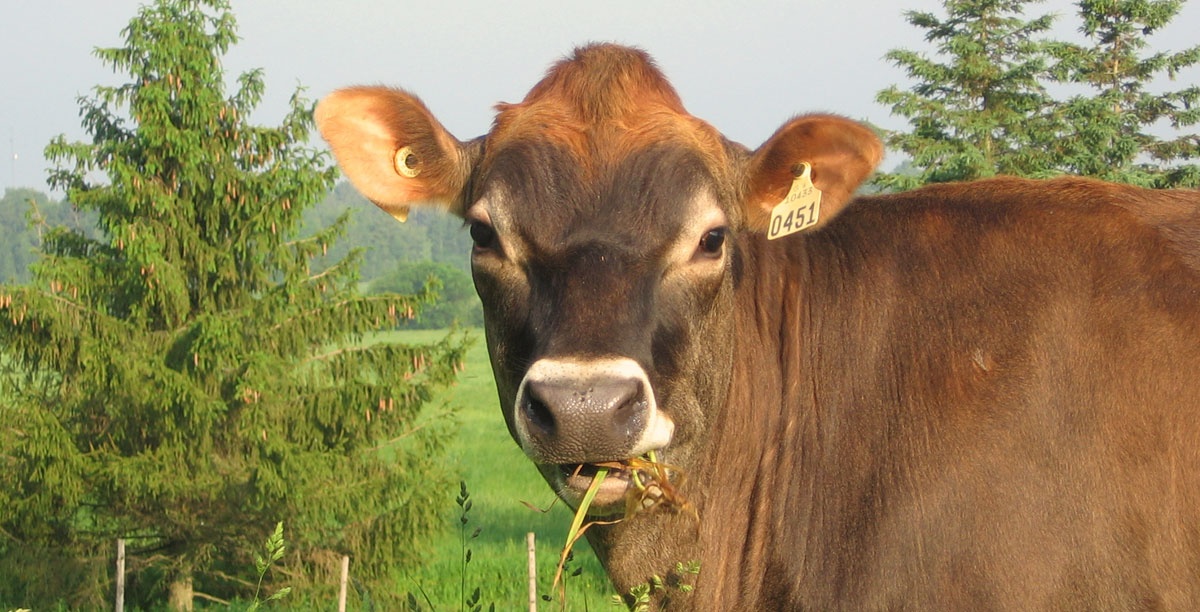 The Jersey breed originated on the English island of the same name, located not far off the French coast in the Normandy region. However, the actual founding of the breed took place in Africa, which would explain its high degree of tolerance to heat and to humid conditions. It’s one of the oldest breeds in the world!

For over 200 years, importing cattle of any sort was severely limited on the island of Jersey, which meant that the Jersey remained true to its breed. The embargo wasn’t lifted until July 2008! Producers on the island have always attached great importance to the efficiency of fodder conversion (since no other food could be given to Jersey cattle) and to milk solids. This rigorous selection, in the course of time, turned the Jersey into a cow with greater levels of fat when compared to other dairy breeds of the present day.

The first Jersey cows in Québec

The first Jersey cows arrived in Québec in 1868. Animals from that island were exported in large numbers beginning in the sixteenth century by emigrants from Jersey, who took cows on board to provide them with milk. They were appreciate by ships’ captains, and most often made it to their destinations. However, the first official records go back only as far as 1905, or four years after the foundation of the Jersey Canada association.

Delicate and refined, the Jersey has a reputation for being endearing and docile. Charming with her fawn-colored coat, she’s known as the doe-eyed cow. But what attracts the dairy farmer more than anything is her temperament and how easy she is to manage, in addition to her breeding qualities. The Jersey is renowned for milk especially rich in fat and proteins, which makes it a milk of choice for – among other things – cheese.

In the beginning, Jersey cattle were mostly known by the name Alderney, from the name of another Channel Island. The Jersey breed was selected based on the yellow color and richness of its milk to make butter, making her the queen of milk-solids conversion!